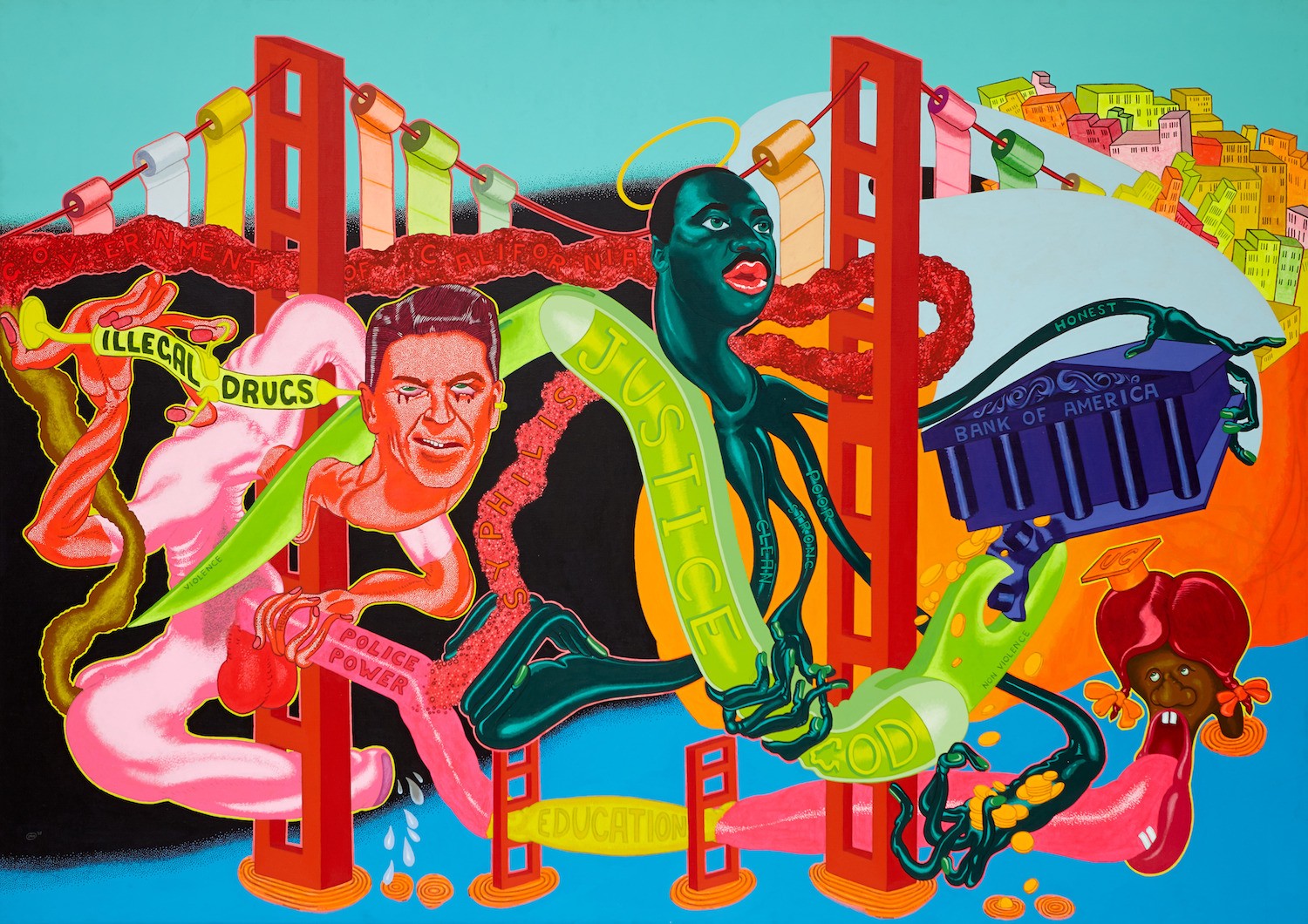 An (Abridged) History of Blockchain Governance

Learning lessons in blockchain governance from crypto-foundations, open protocols, and everything in between

In a much longer post, I dived into the details of how governance models have evolved throughout the blockchain ecosystem since the first DAO developed in 2015. The analysis reviews the Ethereum DAO, Decred, adChain, EOSio, DigixDAO, the Enterprise Ethereum Alliance (EEA), the Libra Association, MakerDAO, and Dash, and resulted in the development of Greenfield’s Governance Assessment Framework (GGAF), which organizes governance models by several high-level factors (Governance Type, Governance Vehicle, and Voter Type) and sub-factors as shown below.

GGAF looks to support ecosystem developers to identify governance model patterns that serve as contributing factors to varying levels of governance success, and thus help them in their decision when developing their own governance models. The GGAF is an iterative framework that, as more governance models deploy into the wild, supports the development of best practice guidelines in blockchain governance.

This brief serves the purpose of providing an abridged history of blockchain governance that, hopefully, won’t take 43 minutes to read! However, just in case, you can find an even shorter summary of the findings and framework here.

Over the course of 4 years, a great deal of governance model evolution has taken place within the blockchain ecosystem. Interestingly enough, some of the more financially sustainable and community appreciated models were deployed earlier in this time span (Dash and Decred in 2015 and 2016 respectively) with partial implementations of their envisioned governance models that were soon completed over the next 3 years or so. The diversity of efforts ranges from Bitcoin-forked cryptocurrencies and smart contract enabled governance protocols to ecosystem growth foundation and association models. The following summarizes each initiative represented in the timeline:

Based on the Bitcoin project, Dash is a privacy centric digital currency that was launched on January 18, 2014 by founder Evan Duffield. Dash is based on a decentralized peer-to-peer network, and secured by strong cryptography, and offers a safe and user-friendly payment method without barriers and boasts claim of developing the first Decentralized Autonomous Organization (DAO) based governance model in the blockchain ecosystem (Dash). Dash leverages a decentralized management system based on their masternode voting mechanism, in which full node operators have the ability to vote on proposals to be funded by the Dash network’s Decentralized Governance Fund. The fund is incorporated in the the Dash blockchain’s reward system (and was also developed via a voted on proposal) and it accrues 10% of each block reward.

Decred is a cryptocurrency that uses hybrid Proof of Work/Proof of Stake consensus in an effort to foster decentralization and enable stakeholder governance. In Decred, miners propose new blocks by solving PoW hash puzzles, and stakeholders are responsible for approving the miners’ work. Both parties are rewarded for their help in securing the network via the block reward, of which 60% goes to PoW (Proof of Work) miners, 30% goes to PoS (Proof of Stake) voters, and 10% goes to the network’s treasury. Decred’s treasury supports protocol development by creating a monetary incentive for stakeholders to actively contribute to the network. Because of these features, the Decred community has recently dubbed the asset a ‘secure, adaptable, and self-sustaining cryptocurrency’ (Bronstein).

The Ethereum DAO was meant to operate like a venture capital fund for the crypto and decentralized space. The lack of a centralized authority reduced costs and in theory provides more control and access to the investors. The DAO had a creation period during which anyone was allowed to send Ether to a unique wallet address in exchange for DAO tokens on a 1–100 scale. The creation period was an unexpected success as it managed to gather 12.7M Ether (worth around $150M at the time), making it the biggest crowdfund ever at the time. At some point, when Ether was trading at $20, the total Ether from The DAO was worth over $250 million (Falkon).

The Enterprise Ethereum Alliance (EEA) is a member-driven standards organization whose charter is to develop open, blockchain specifications that drive harmonization and interoperability for businesses and consumers worldwide. The organization was the fourth, major blockchain ecosystem non-profit behind the the Ethereum Foundation, a Swiss non-profit founded in July 2013. The EEA is organized as a DE 501.6(c) (a nonprofit business league).

AdChain is a platform that provides advertisers with a list of websites that offer high quality inventory for serving digital ads. adChain introduced the Token Curated Registry smart contract protocol into the blockchain ecosystem, hoping to leverage the best of decentralized networks. The protocol motivated multiple stakeholders to align themselves around a common goal: to create a high quality registry of domains to ensure that advertisers can avoid digital marketing fraud caused by sites using bots to fake their online impressions.

The Maker Foundation, more commonly known as ‘MakerDao,’ is one of the oldest projects in the Ethereum ecosystem. MakerDAO is a protocol behind the stablecoin DAI, an Ethereum-based (ERC20) cryptocurrency that maintains a 1:1 peg to the United States Dollar (USD). Think of 1 DAI as $1. Each DAI, in Maker’s Beta ecosystem, is over-collateralized (i.e. over-backed) by Ether (ETH)to maintain its peg to the USD. Because cryptocurrencies like ETH are notoriously volatile, over-collateralizing ensures that DAI can still maintain its 1:1 peg even if ETH’s price slips (however, this is not true in a scenario in which ETH instantaneously loses all market value).

Such a crypto-collateralized model makes MakerDao one of the only completely transparent stablecoins in the market. However, the operational cost of maintaining such on-chain transparency is having to manage increased crypto-economic complexity that the Maker community needs to overcome to ensure that DAI maintains its peg. I delve more into Maker and other stablecoins extensively here.

The DigixDAO is a Decentralized Autonomous Organization creating a cryptocurrency backed by bars of gold. Within Digix governance model, Founders, Badge Holders, and DGD Holders are decision makers of DigixDAO. In order to participate in DigixDAO governance, the Badge Holders and DGD Holders would need to lock-up more than a minimum threshold of DGD tokens in that quarter and become Badge holding participants and participants respectively.

EOS.IO, founded January 2018, is a blockchain protocol powered by the native cryptocurrency EOS. Per the white paper, governance is the process by which people in a community: reach consensus on subjective matters of collective action that cannot be captured entirely by software algorithms, carry out the decisions they reach, and alter the governance rules themselves via Constitutional amendments.

If we apply the GGAF to categorize and assess the aforementioned governance models, we generate the following tabular summary:

It seems that governance models that leverage Member Voting structures operate more efficiently, especially in the context that the ‘member’ represents an organization and not just an individual. On-Chain governance models vary greatly in their performance, and contributing factors that may explain such inconsistent performance are the following:

By understanding the weaknesses and strengths associated with each governance sub-factor, we can also determine steps to alleviate potential risk in utilizing any factor within a potential governance model.

Overall, we can summarize best practice governance methodologies into the following list of takeaways: