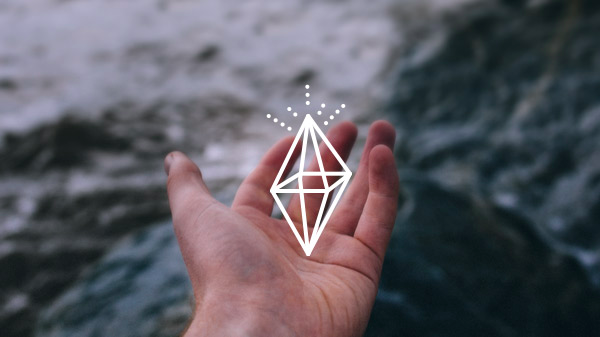 Self-sovereign identity is a scarcely developed resource, accessible to only a tech-savvy few in mostly developed countries. With the advent of blockchain technology and identity management platforms like Civic and uPort, the average individual’s ability to exclusively maintain their own data is gradually becoming a reality. Users can freely exchange their identity and associated attributes — peer attestations, government credentials — in any context they see fit.

But in developing countries, a host of infrastructural and geo-political problems is preventing a massive wave of identity non-consumers from entering the market and taking ownership of their digital identities. If blockchain technology is to become the global solution it aspires to be, our ecosystem must develop implementations that account for and empower the millions of currently undocumented people worldwide.

Many citizens in developing nations have no identification or documentation whatsoever, making it impossible for them to transact altogether, let alone take refuge in another state. Refugees fleeing from conflict zones often find themselves in a paperless limbo, with no access to social services and no clear citizenship. In the case of human trafficking, lack of documentation makes these ‘lost citizens’ easier to exploit and commodify because they’re outside the normal system where governments track the existence of their citizens. Many children born in Moldova do not have official identity documents and are vulnerable to sex traffickers. Border checkpoints are only minor obstacles to this global supply chain of trafficking and slavery.

These stories are hard proof that for millions of people worldwide, an immutable identity is a necessity, not just another trendy feature on an iPhone. Blockchain-based, self-sovereign identity has tremendous utility in the social impact space, far more than in developed nations, where the majority of the citizenry fiendishly rely upon centralized data repositories to project “who they are” online. For lost citizens, platforms like the ones developed by uPort and Civic are not parallel commodities but a paradigm shift in identity management.

In authoritarian countries, citizenry is defined differently. From birth certificates to migration control, official documents can become tools of control. In many cases, citizens’ assets are monitored and seized, making even remittances an easily forfeitable ‘luxury.’ In nation-states that actively cut off external aid to their citizenries, charitable transactions like wire-transfers and shipments are blocked, held, or altogether confiscated. The very existence of authoritarian states in the modern age demonstrates that technology can just as easily be leveraged as a tool of absolute control as it can unlock unfettered freedom.

One of the most powerful features of a self-sovereign identity is the ability to privately transact resources without the fear of a break in confidentiality. At the same time, self-sovereign identity isn’t a silver bullet, and if we don’t build it carefully, malicious actors could still capitalize on it as an element of control. Blockchain identities have, for the most part, remained pseudo-anonymous, from which real-life identities could be extracted given the transactional behavior of the agent under investigation. If blockchain architects aren’t careful in the way they align transaction permissions and public/private state variables, governments could use state-sponsored machine learning algorithms to monitor public blockchain activity and gain insight into the lower level activity of their citizens.

Unstable governance can make establishing a technology-centric economy difficult. Most developing nations within Africa and the Middle East have very low smartphone consumer penetration. Millions of citizens across these regions depend on the flip-phone economy and are unable to participate in the self-sovereign identity revolution. For those developing markets where consumers are beginning to adopt smartphones, many rely more heavily on Android operating systems than anything else, so iOS-only/iOS-first blockchain identity solutions do nothing to aid these potential users for whom self-sovereign identities would be most helpful.

At the same time, self-sovereignty must also be smartphone resistant, so that identity and capital can be securely controlled within developing economy infrastructures. SMS or biomarker-enabled (face, fingerprint) transactions on the blockchain signed by SHA256 hashed pass codes (a potential combination of ID #, phone #, name, and secret pin) or perceptual image hashes could help introduce the rest of the world to the liberty of immutable, digital identity.

Leveraging governmental and NGO partnerships to develop nationally and internationally utilized blockchain protocols will certainly help mature the technology. Building Blocks is a perfect example of how organizational alignment around solving a niche problem can be a success. To replicate such success and scale it across multiple verticals, particularly within the social impact space, centralized systems need to identify, propose, and experiment with blockchain architectures on the ground. In this way, centralized organizations can help build out the base infrastructure of a decentralized, social good economy.

However, it is of the utmost importance that digital identities are not centralized, and that governments, over time, solely have permissioned access to tertiary attributes associated with someone’s identity, as to not replicate the symptoms of a surveillance state that we’ve come to realize exists even in the U.S. Rather, identity signatures like facial recognition (bio-marker) should be authenticated against a perceptually hashed level of confidence and uniquely registered to prevent identity fraud and ensure that only one registrant can activate an account (and not fail like the iPhone X).

Of course, there’s a conversation of ethics to be had when it comes to the use of biomarkers specifically. Protocols that do leverage unique biomarkers “on-chain” must ensure their users that there exists complete transactional anonymity with the usage of most-likely dynamic public addresses (as to not be easily tracked by public blockchain monitoring algorithms). Unique identifiers like an individual’s face, fingerprint, or very DNA must be protected from centralized use — lest true freedom be completely lost.

Assigning blockchain identities across vulnerable populations could expose those communities to utility-based micro-economies, in which new value can be realized between community members rather than from dysfunctional governments and/or abusive trickle-down economics, particularly in states that are rich in natural resources. Establishing immutable identity could serve as the foundation for additional decentralized protocols to be implemented, solving other issues like economic inequality (the cost of being banked) and transactional illiquidity (in economies experiencing hyperinflation) via the use of cryptocurrency.

We’re already seeing the successful development of these blockchain-based micro-economies in the social impact space. In 2017, the United Nations’ Building Blocks program redefined our modern system of value exchange by enabling 10K+ refugees in Jordan’s Azraq camp to pay for their food by means of entitlements recorded on a blockchain-based computing platform.

IXO is another example. Formerly Amply, IXO is a digital identity blockchain application that is replacing a paper-based system and helping children in South Africa register for government funded preschool subsidies. Service providers use the mobile app to verify children’s attendance at classes and to capture other useful information. The application not only saves administrative costs but also increases trust in the funding mechanism and makes funding available to more children who need it.

Social impact blockchain use cases have been the most successful, in-production demonstrations of the emerging technology’s potential across all verticals, including private and enterprise. Building Blocks, Amply (IXO), Kora, Everex, Blockchain for Change, and Pinkcoin are all working blockchain solutions within the social impact ‘market,’ many of which are being developed by ConsenSys Blockchain for Social Impact Coalition (BSIC) members.

These solutions opened up blockchain micro-economies where participants didn’t need to deal with the complex nuances of volatile cryptocurrencies or token sales. The applications are successful because they solve problems that need decentralized solutions. Blockchain will only ever scale within the social impact space — and at large — if it attends to jobs that need to be done. It should be seen as a use-case specific, back-end technology that requires the same UX best practices as any other application of technology. Developers and designers should know who they’re building for, and how their users on the other side might finally feel at home on the blockchain.

Want to learn more? Check out ConsenSys.net, the ConsenSys Media blog, and our weekly newsletter.

Disclaimer: The views expressed by the author above do not necessarily represent the views of ConsenSys AG. ConsenSys is a decentralized community with ConsenSys Media being a platform for members to freely express their diverse ideas and perspectives. To learn more about ConsenSys and Ethereum, please visit our website.