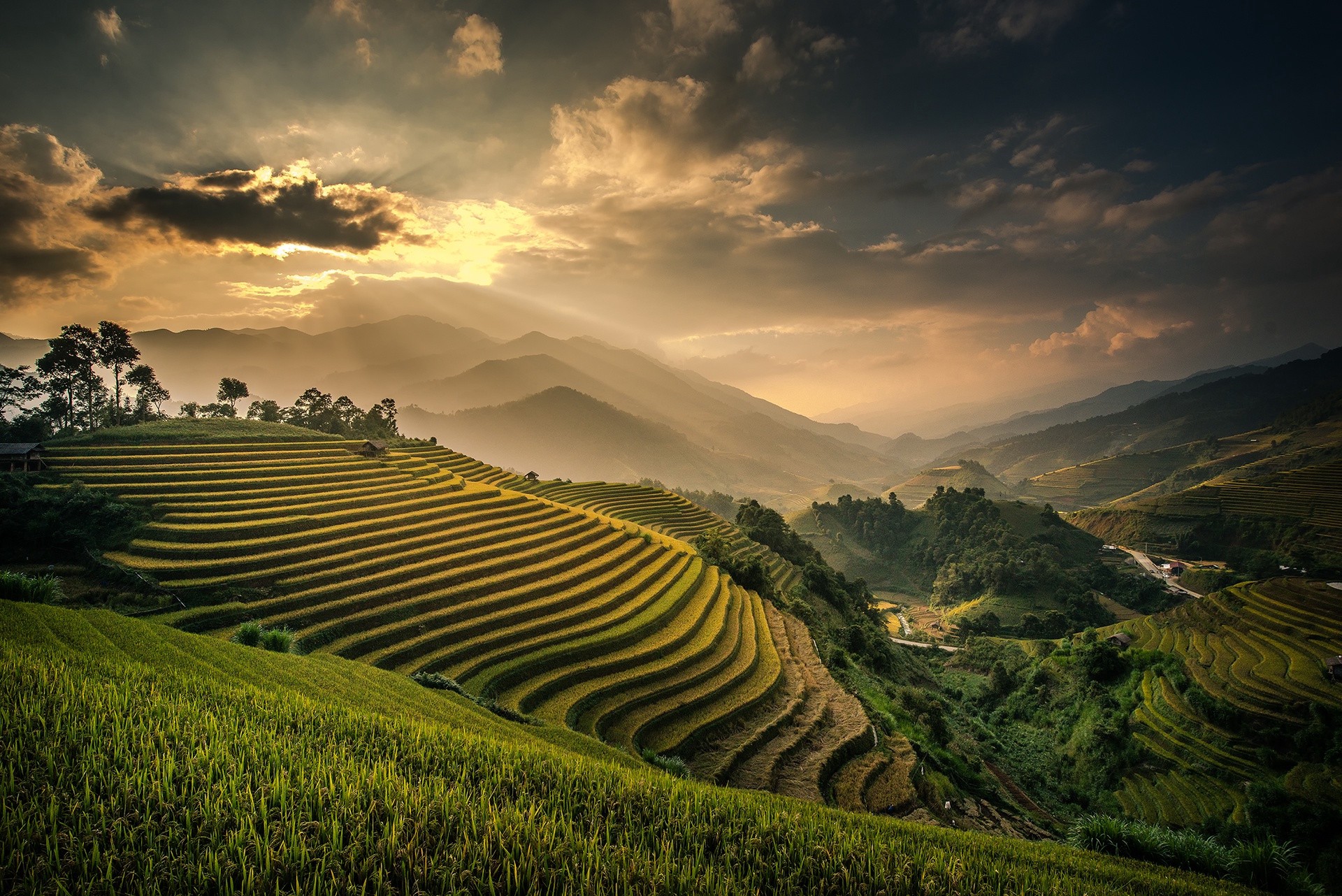 How tokenized land and livestock will enhance the rural loan experience

As the world continues to modernize, and globalization becomes synonymous to ‘business as normal,’ banks have shifted their focus in the provision of financial services from small businesses and commercial accounts to multinational lending and complex offerings — offerings often targeted to appease large corporations, high net worth individuals, and large scale, for-profit interests.

This transitional focus has identified fault lines between urban and rural communities, emphasizing the lack of adequate access to basic financial services in agrarian areas. The over 3.41 billion people globally that reside in these regions have an innate desire, much like their urban counterparts, to develop and expand their businesses and economic opportunities in their respective localities.

Rural banks refer to financial institutions established in rural areas (typically agriculturally focused) to support local community members, their agricultural developments, and their locality’s overall economic development. Almost a quarter of the United States population lives in rural communities, and this percentage only increases across the international community (Supporting Mortgage Lending in Rural Communities, Brookings Institute). Contradictory to cultural belief in the U.S., these regions are comprised of large communities of color, which speaks to the macro-economic implications of how these communities fair socioeconomically during times of international recession (The Brookings Institution).

Rural banks typically provide simple financial tools, including bank accounts and loans. In most western nations, these loans usually represent home mortgages or agrarian business loans and are provided with the expectation of an interest payment as well as a relatively good credit assessment of the consumer. In most emerging economies in South America, Asia, and Africa, where the average consumer’s income is multiple order of magnitudes lower than their western consumer counterparts, and consumer credit reports may not be readily available, loans are provided on collateral like land, and, most recently, livestock.

So how do collateralized loans work? With this type of loan, you can borrow money by putting down an asset as collateral. Commonly referred to as “secured loans,” collateral loans are considered less risky because your lender can take your pledged assets if you default (LendingTree). Car loans and home loans (mortgages) are a perfect example — in both cases, a person has borrowed money while securing their loan with an asset.

Collateralized loans provided by rural banks in emerging economies typically leverage land and livestock as collateral, as many of their consumers either don’t have the credit reference, title documentation, or otherwise means to access other traditional loan services.

According to development economics, the main factors to promote economic growth can be divided into three aspects (Yang, 2010):

Proposed solutions that fuel such developmental growth must attend to the diverse array of financial demands in rural communities, including that of rural consumers, small and medium enterprises, and rural local governments.

Small and medium enterprises typically employ the vast majority of laborers in rural economies and can also be divided into three sub-categories, including agricultural materials and production companies, supply and marketing companies, raw materials companies, and industrial/mining companies. Generally, agricultural companies call for less capital in their establishment and operation while the latter two call for either larger scales or a large amount of start-up capital and therefore need strong financial basis (Yang, 2010).

The financial difficulties that rural consumers face on a global scale can be divided into the following obstacles:

The common theme and message across these market obstacles is clear — the traditional mechanism of finance cannot adequately support rural consumer needs AND maintain a risk mitigated, capitalistic strategy. So how can we begin to disinter-mediate this operational friction within rural markets?

As a very quick introduction before we move forward, we’ll need to touch on Non-Fungible Tokens, or tokens that represent non-fungible assets (otherwise known as ERC721 tokens). Examples of such tokens are as follows:

Meridio converts individual properties into digital shares on the blockchain, seamlessly connecting diverse investors and asset owners to invest and trade. Home equity is a non-fungible asset that, traditionally, requires a massive amount of resources and risk to own. The paperwork associated with homeownership and every real estate transaction is far too much for any individual consumer to process, and there are many intermediaries between the initial offer and the closing agreement that inflate the cost of ownership. By tokenizing equity, and effectively securitizing ownership of a single property, the barrier to investment entry almost disappears, and proof of ownership and sale are all immutably recorded on the blockchain, so there is no need for keeping your fractional title in a lockbox.

Cryptokitties is another example of non fungible tokens. In this case, we have unique digital assets in the form of cute kittens. The price of these assets are far more speculative than real estate, but they represent a perfect example for use case scenarios like artwork, music, and other non-fungible assets that draw their value from both cultural relevance and subjective valuation.

So if there’s already tokenized real estate, and tokenized kittens, why can’t there be other tokenized forms of non-fungible collateral operating within the rural banking space?

Many of the inefficiencies of rural banking stem from risk mitigation obstacles and lack of consumer access. Credit score structures, much like the FICO score in the United States, are few and far between in emerging economies, and oftentimes even those scores, when available, can be extremely subjective depending on the consumer’s ethnic background and credit security (if identity theft occurs). Even when proper credit and collateral is established, the process to prove ownership of such collateral and settle the transaction to afford a loan is a lengthy and stressful process.

By tokenizing commonly available forms of collateral in rural economies, like land and livestock, and developing commercial, monetary policies that govern expectations of the settlement process and which data must be available on the public chain to more easily verify asset ownership, the rural financing market can become much more liquid than it is now and rely on new forms of loans that aren’t issued just by central authorities.

In my article, Unbanked for Good, we delved into the high smartphone penetration in emerging economies, and the likelihood of these regions to leapfrog traditional methods of sending and accepting capital as they sprint towards a mobile-first, cashless society.

The goal — for this whole process to take place via their mobile device. Of course, such a process would (but doesn’t necessarily have to) rely on self-sovereign identity (which, at the start, could just be a public address with a certain transaction volume) and proof of location (see FOAM), among other elements, but the possibility is REAL.

Lastly, the loan will no longer need to be disbursed from a central authority, and information asymmetry will become a thing of the past. The process of ownership and asset-value assessment can be, in many ways, automated. Of course, guiding fiscal policy will still be necessary to protect both consumers and commercial entities. Peer-to-peer loaning systems could provide liquidity between western localities and rural economies, where the exchange of stablecoin loans for non-fungible token collateral occurs in mere minutes to represent international, collateralized loans. Liquidity to rural areas would no longer be in control by municipal banks, and people could affect fiscal change a world away from each other. Smart contract protocols could then evaluate on-chain history to more objectively determine portable credit scores to best mitigate risk of default or perjury in a proposed transaction. This is the ideal potential for social mobility across the urban-rural gap.

“New markets could be created by rural potentials, which could lead to rise in the employment.” — A. P. J. Abdul Kalam

There are revolutionary markets to be made by the tokenization of non-fungible assets. Increased liquidity in systems gridlocked by operational friction will release trillions of dollars in value into the global economy and, hopefully shift the world’s earning gap for the better. Whichever the case, it has become quite clear that traditional mechanisms of finance do not work for those who need it most, and it is crucial to dis-intermediate these systems so that we, as humanity, achieve equitable access to financial instruments and the lives that they can enable.

If you found this helpful in any way, please give a few claps and follow along for more on crypto-economics and blockchain for social impact!