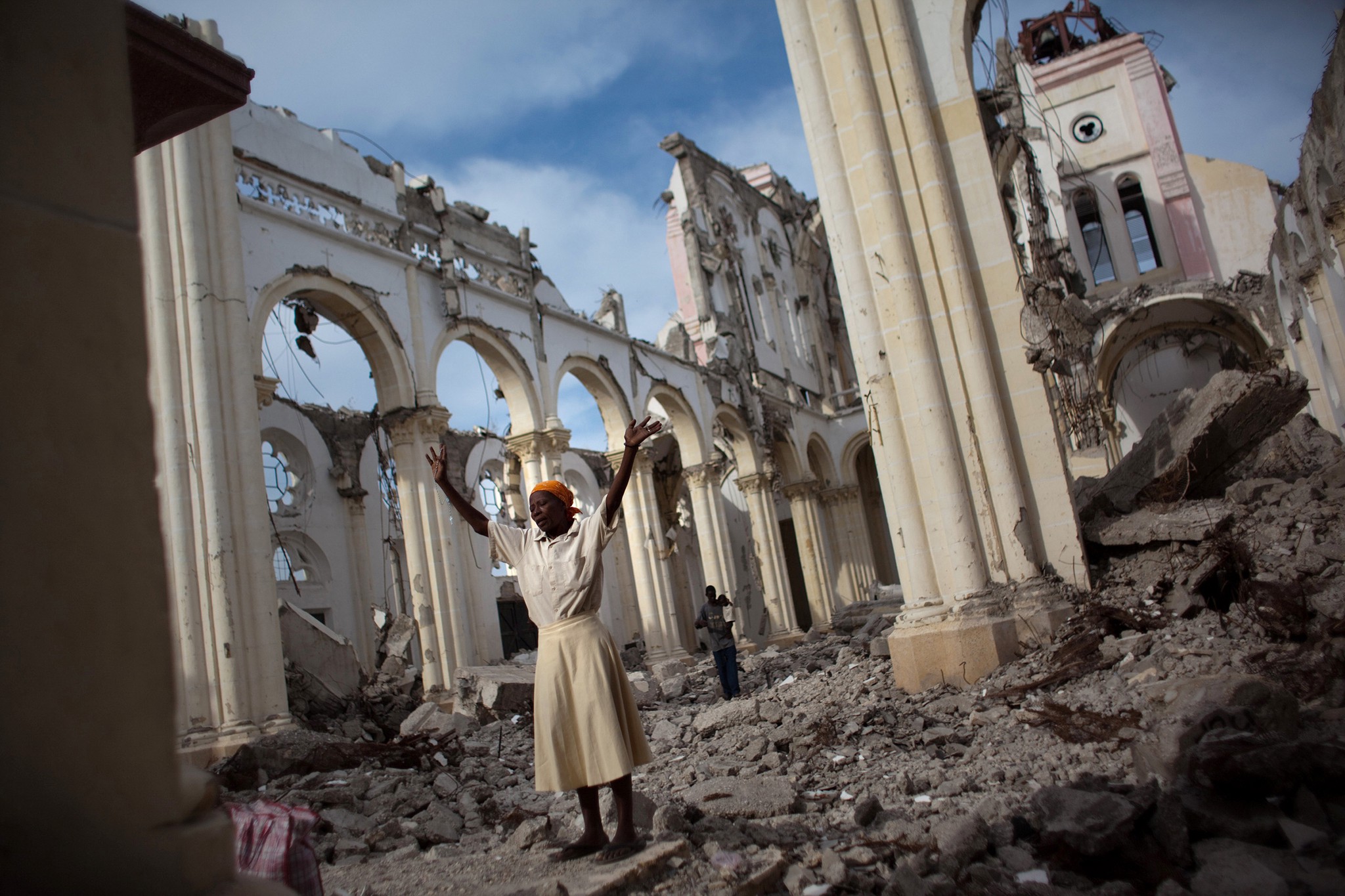 The Problem of Social Sector Transparency and an Introduction to Stablecoins

The State of Trust in the Social Sector

“The single most important ingredient in the recipe for success is transparency because transparency builds trust.“ — Denise Morrison

In late 2011, the Red Cross launched a multimillion-dollar project to transform the desperately poor area, which was hit hard by the earthquake that struck Haiti the year before. The main focus of the project — called LAMIKA, an acronym in Creole for “A Better Life in My Neighborhood” — was building hundreds of permanent homes (Propublica, 2015).

Today, not one home has been built in Campeche. Many residents live in shacks made of rusty sheet metal, without access to drinkable water, electricity or basic sanitation. When it rains, their homes flood and residents bail out mud and water. The Red Cross received an outpouring of donations after the quake, nearly half a billion dollars (Propublica, 2015).

The group has publicly celebrated its work. But in fact, the Red Cross has repeatedly failed on the ground in Haiti, leaving many with the question, “So where did all that money actually go?”

Many nonprofits are investigating potential solutions that provide further transparency toward accepting donations. Often times, philanthropic efforts that accept capital, in an effort to fundraise, are not as transparent as donors would like. Take the Red Cross after fundraising for damage caused by the Haiti earthquake. The organization raised $500M, yet only built 6 homes in the Haitian neighborhood Campeche. The actuality of what NGOs spend money on in contrast to the good they provide has always been a core metric of assessing a charitable organization’s effectiveness, but such information is typically hidden from the common donor’s view. In fact, organizations like Charity Navigator exist to protect philanthropists from poor performing or scandal-ridden nonprofits by compiling and presenting accountability metrics for thousands of charities around the world. However, it’s still very difficult to determine where and to whom your money, as a donor, is going when you choose to support a certain cause, especially as various causes leveraging the veil of ‘social impact’ could (or could not) be affecting communities thousands of miles away on the other side of our computer screens. Many nonprofits are not technically inclined, and thus many of the accountability mechanisms that the social and public sectors use are very outdated and often unreliable.

With these issues in mind, let’s take a look at how stable cryptocurrencies, also known as ‘stablecoins’ can insert more transparency, immutability, and thus accountability to the operations of social and public sector organizations we trust to help support our communities.

The Issue of Transparency & Maintaining Trust

Many nonprofits have high operational expenses that prevent an efficient use of donated capital and, in a worst case scenario, the targeted cause doesn’t receive any money.

The feature strengths of public blockchain technology are security, transparency, and immutability. The importance of a ledger that can serve as an immutable, third party reference for stakeholders to leverage, rather than continuing to innately trust each other is a major paradigm shift from processes that are often reliant on a third party vendor. Currently, traditional philanthropy processes lack transparency. When money is donated online, most donors aren’t aware of what percentage, if any, of their philanthropic capital had a direct effect on the cause they care about. The use of public blockchain technology, for such a use case, is ideal.

A second obstacle to traditional philanthropy is the long lead time to deploy cash on the ground. For example, donations supporting the alleviation of international conflicts, such as the Syrian civil war, take weeks to process from western countries to countries like Turkey. The latter is due to anti-money laundry and anti-terrorism financing concerns levied on international wire transfers. Oftentimes, such policies prevent authentic nonprofits from funding their work at the affected area. The speed at which cash aid is delivered, in addition to the transparency by which it is delivered, needs to drastically improve (and thankfully there are efforts like the Bifrost Initiative to help resolve some of them!). One method of illuminating the flow of capital within the donation supply chain is to leverage the use of stablecoins.

Stablecoins are crypto-assets that maintain a stable value against a target price (e.g. USD). By converting donated funds into stablecoins and leveraging a blockchain network to track the transactions made with the donated capital afterward, organizations could feasibly create completely transparent donor models that inspire a new level of trust and accountability in the philanthropic world. This report will help nonprofits better understand stable cryptocurrencies, by delving into what ‘stablecoins’ are, the various ways in which stablecoins maintain value, and how you can use stable digital currencies to make your organization more transparent and trustworthy.

An Introduction to Stablecoins

About 10 years ago, Satoshi Nakamoto was on the verge of releasing a paper that gave birth to what is known today as the blockchain. Since this breakthrough, a lot of water has passed under the bridge. Digital currencies and blockchain technology have developed from a countercultural element, dismissed as only used for nefarious means, into being widely accepted by enterprises and governments as the potential backbone of a new economy.

However, particularly with regards to the sustainability and maturation of digital asset markets (i.e. cryptocurrencies), there are still some aspects still hinder mainstream adoption:

All four aspects are extremely limiting factors for the development of the digital asset ecosystem. Of them all, the focus here will be placed on volatility, which may be the most challenging among those listed.

The Current State of Stablecoins

One emerging category of cryptocurrency that is positioned to affect real change within both the commercial and social sector is stablecoins. Stablecoins are crypto-assets that maintain a stable value against a target price (e.g. USD). Stablecoins are designed for any decentralized application which requires a low threshold of volatility to be viable on a blockchain. There are three types of stablecoins:

Allowing the capability to pay using stablecoins enables almost immediate settlement at a minimal transaction cost. Unlike debit card payments and wire transfers, stablecoin payments, processed by the Ethereum blockchain, are completed in approximately two minutes and cost less than 1% of the amount being transacted. In addition, the pricing behavior of stablecoins are similar to using fiat capital (e.g. USD), making it far easier to own without speculative fear for prospective purchasers.

Next: The Market Prevalence of Different Stablecoins and the Risks They Present Us

Next, we take a step beyond our introduction to stablecoins and learn about which are most prevalent in the developing cryptocurrency and blockchain solution markets in Part II, “Stablecoin Market Trends & Societal Obstacles.”