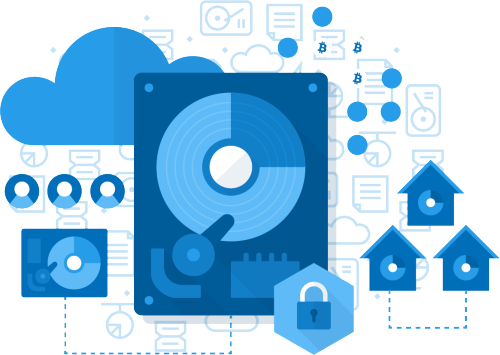 Here we’ll quickly breakdown what Storj is and the system’s consensus protocol, potential vulnerabilities, and projected future state — all straight from the whitepaper in a way we call can understand!

Here’s my annotated version of the white paper with notes for your reference!

Stoj (pronounced “Storage”) is peer-to-peer cloud storage network implementing client-side encryption (encrypting the data before it gets to data storage). They focus on disrupting the centralized, third party data storage model by eliminating the overhead costs of data farms, and, instead, incentivizing normal people with additional hard drive space to offer zed space to the network. Such a decentralized approach prevents third party services from “owning” your data, greatly decreases storage costs, and makes data on the network will be resistant to censorship, tampering, unauthorized access, and data failures (via client-side encryption).

Storj stores shards across a distributed and decentralized network of storage nodes (“farmers” — those who are renting their hard drives to store data). Here’s a quick description of shards:

The Storj protocol enables peers on the network to negotiate contracts, transfer data, verify the integrity and availability of remote data, retrieve data, and pay other nodes. Here are some notable qualities of zed protocol: