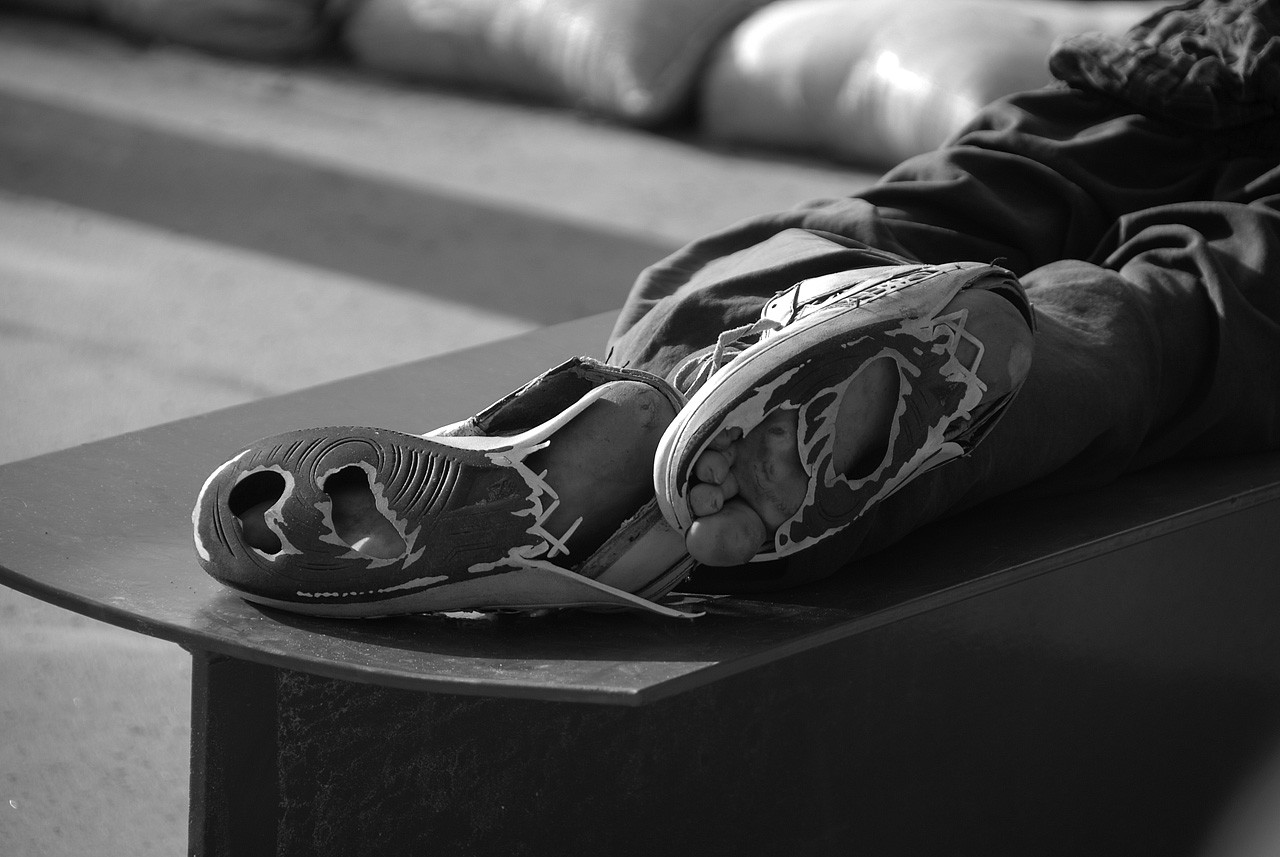 How re-fungible tokens can bring liquidity & transparency to social services

Society’s punishments are small compared to the wounds we inflict on our soul when we look the other way. — Martin Luther King, Jr.

Social services in the United States like assisted housing and supplemental nutrition assistance aid over 45 million people a year. These programs help combat homelessness, food insecurity, and the many systemic factors that stem from a lack of stable housing and a reliable source of nutrition.

Yet still, many under resourced communities continue to suffer from a lack of access to these services due to woefully inadequate federal funding and terribly long waiting lists. Even when the impoverished do have temporary access to programatic benefits like housing vouchers, they are still affected by systematic discrimination, particularly if they’re people of color. The latter sometimes invalidates the benefit of the service itself, forcing the poor into a vicious cycle of false opportunity, where, although their cost of living is subsidized, their access to social mobility, due to where they live and the education they have access to, is non-existent.

So how does the current chaos of tokens relate to aiding the impoverished? Tokenized models, when engineered correctly, can exponentially optimize the traditional system of social services, making them incredibly more liquid, frictionless, and accountable.

The idea of ‘refungible tokens’ was first proposed by billy rennekamp, prompting the following question:

What would happen if an ERC721 NFT (non fungible token) were owned by the address of an ERC20 Bonded Curve/Liquid Token?

Rennekamp’s proposal investigated a model in which you could have a non-fungible asset tied to fungible liquidity — enabling that asset to ‘ become fungible again.’ Simply put, instead of having some unique asset like a CryptoKitty, whose value is completely speculative based on the audience that is engaging with that type of non-fungible asset, we’d have cryptokitties that, although they themselves represent non-fungible tokens (ERC721), those tokens are tied with more liquid, fungible assets (most notably, ERC20 tokens).

The proposed token model is a variant of Rennekamp’s architecture and is more akin to the Bancor Smart Token. The Smart Token is a ERC20 (fungible) token that is connected to another, more liquid ERC20 token. For example, say we create a token called Impact Coin, but it has no liquidity because no one owns it yet. In order to create automatic liquidity, we make it a ‘Smart Token’ and connect its volume to a more liquid token like DAI, making the conversion ration between the two 1:1. Now, when someone wants to mint an Impact Coin to use, they simply sell 1 DAI to the Impact Coin contract, and, in exchange, receive 1 Impact Coin in return. As more Impact Coins are minted, its price steadily increases and vice versa.

A ‘Refungible Service Token’ (RFST) model, takes this approach, but instead it connects ERC721 tokens (non fungible tokens) to more liquid ERC20 tokens in a way where the price point per non fungible asset is dependent on certain independent parameters of its recipient, not the total volume of non fungible tokens minted.

The price of any RFST would be based on parameters common to social service ecosystems, which frequently rely on the service recipient’s income, rent, number of dependents, age, and or disability status. Each RSFT would represent a monthly payment in aid and there can only be as many minted RSFT’s as the token’s backed liquidity can support. Each recipient’s RSFT would be uniquely valued based on the following parameters:

Veteran and disability status could provide additional subsidies (i.e. more tokens) via the traditional means of applying to the program(s). Each social service would serve as its own category of RFST and RFSTs from different service categories would not be exchangeable. The price point of RSFTs would be determined by that social service’s benefits formula, which determines how much aid is disbursed based on the aforementioned parameters. For example:

Of course, this initially proposed method of pricing simply abstracts how the traditional, in this case housing, market disburses assistance. Much more dynamic and economically responsive models are definitely viable in the future with more optimization simulation and overall token engineering.

What Does Liquidity Mean in Social Services?

To take a small step back, we have to define what ‘liquidity’ is in the context of social services.

“Traditionally, liquidity describes the degree to which an asset or security can be quickly bought or sold in the market without affecting the asset’s price.” — Investopedia

Though this definition does hold true, particularly for the disbursement of housing vouchers and supplemental assistance credits, prices for RFSTs are relatively fixed to the recipient, unless the recipient indicates their salary has drastically changed. What is not easy in these types of markets is exchangeability between assets. The “buy and sell” aspects of social service markets, whether it is vendors cashing in vouchers from assistance consumers or it is consumers needing to apply the usage of their vouchers in a different locality, these type of assets are rather operationally inefficient and landlocked to their issuing locality — even at the expense of their underlying fiat value. The latter perfectly fits the definition of ‘illiquidity:’

“Illiquid refers to the state of a security or other asset that cannot easily be sold or exchanged for cash without a substantial loss in value.” — Investopedia

Many urban housing authorities have agreements with neighboring jurisdictions that they will automatically ‘absorb’ vouchers from each other rather than administering complex billing arrangements. But this arrangement is also undesirable, requiring the ‘receiving’ housing authority to use up a unit of housing assistance that could have served a family on its own waiting list (Margery Austin Turner).

As we can see, the traditional system is exchanging non-fungible assets (vouchers) between jurisdictions at the expense of the value of each of the vouchers, not providing an additional voucher to someone on the waiting list, and the accounting of the transacting housing authorities.

A RFST model makes the exchange of vouchers between jurisdictions fungible and automates cross-jurisdictional accounting between an exponential amount of local housing authorities in contrast to the traditional ecosystem. With increased scalability and the addition of parameters like the consumer price index (CPI), national median monthly income, and even economic indicators from the stock and housing markets, RFST models have the potential to be completely economically responsive in the automation of social services across the country, enabling program recipients to truly live where they want to live, and, thus, take more control over where their family attends school and realizes opportunity.

Another problem within the traditional social service market is the government’s need to sample test social service programs in various jurisdictions in an attempt to detect fraud and spending discrepancies. These tests are quite costly and more or less randomized given the massive breadth of these programs (active across the country). Since localities usually govern the disbursement of social services to their respective residents, transparent accounting from a federal level is virtually impossible, particularly given housing assistance practices like ‘absorption,’ as described earlier.

The proposed RFST model would automate liquidity calculations between assets of the same service category, which, in turn, would automate the minting and burning of assets to ensure that the maximum number of individuals are supported by the program. In doing so, the federal government could easily audit transactions on-chain and detect anomalies at the jurisdictional level via machine learning. Such practices would exponentially decrease the cost of policing (and the effects of) fraud and serve as a model for radical transparency of public spending.

Future of Public Services on the Blockchain

By increasing liquidity, reducing friction, and emphasizing on-chain accountability, public services potentially have a lot to gain from leveraging crypto-economic assets like RFSTs. Adequate research, token engineering, and user experience development could revolutionize how social services are transacted and disbursed around the world, making it easier to determine how to socially engineer these services to maximize a population’s exit from poverty. Personally, I hope to further develop the model and test it domestically with willing partners to guide more dynamic, and progressive policy development around the use of crypto-economics in America and around the world.