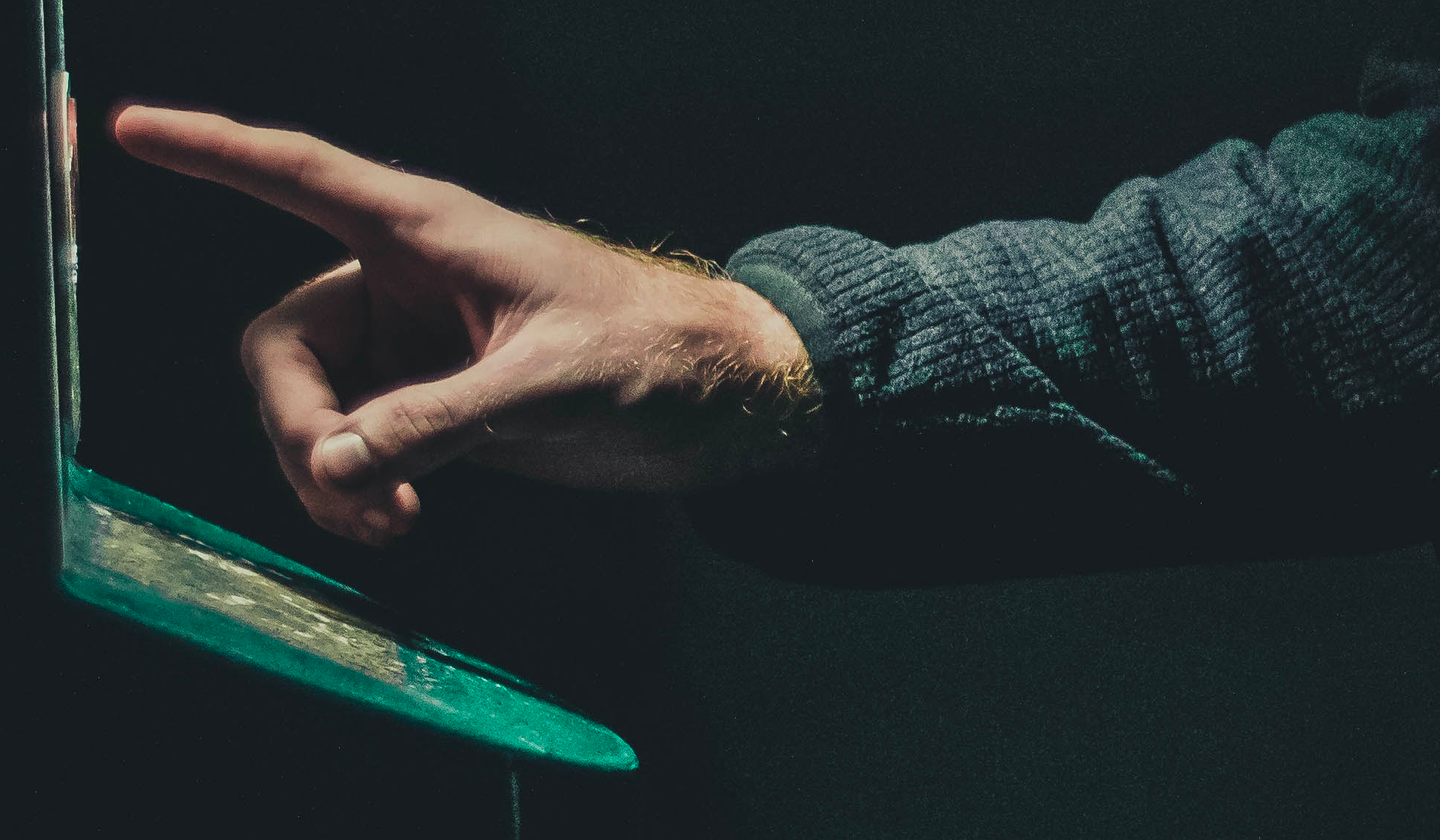 How stable tokens and mobile payment systems can give under-resourced communities complete control of their assets.

In the social impact landscape, “banking the unbanked” has become a popular, if somewhat misguided, refrain. As blockchain technology gains traction globally, and as smartphones reach more and more low-income communities, the horizon of self-sovereign finance is putting pressure on the now commonplace initiative to “bank the unbanked.” Considering that many of the basic services offered by the traditional banking system are opaque, slow, and expensive, the time is ripe for a crypto-economic alternative.

As we look back on the old system and explore the true meaning and the prospect of self-sovereign finance, there are a few key questions to consider:

The definition of “financial equality” is hotly debated in the social impact space, particularly when comparing the developed and underdeveloped worlds. Being “banked” can still be a long way from financial equality, and many draw a hard distinction between financial equality and economic equality––the ability to become socially mobile and enjoy different economic opportunities.

Financial equality, however, is a mere feature of greater economic equality and opportunity, which are oftentimes predetermined by the lottery of birth. Many consumers are born into positions of little or no purchasing power and face discrimination when applying for jobs or loans. They simply cannot afford social mobility.

In the U.S., approximately 15 percent of consumers — roughly 37 million adults — do not have a bank account (PEW). Many of these unbanked Americans earn less than $25,000 a year. Interestingly, an estimated 21 million of these 37 million had previously held bank accounts, but they exited the banking system because of the high cost of overdraft fees. When asked whether they would like to have a checking or savings account in the future, 77 percent said no. However, without bank accounts, these people are unable to access to lower-cost, mainstream financial services and at a much greater risk of loss or theft of funds.

Cryptocurrencies as a Store of Value

One early and longstanding argument from Wall Street against the viability of bitcoin (BTC) as legal tender is that it is a terrible store of value. A store of value is any form of wealth that maintains its value without depreciating (i.e. gold is a better store of value than milk, which naturally spoils). Of course, if the economic aim of a currency is to preserve value, then many cryptocurrencies fail by that standard. However, the advent of volatility-resistant stable tokens is starting to bring cryptoeconomic-store-of-value alternatives to the forefront.

Initially, Tether (USDT) was the promise child of this effort, but after repeated claims of fraud and collusion with the exchange Bitfinex, Tether has effectively disqualified itself from gaining mainstream consideration beyond the cryptocommunity. In theory, Tether receives deposits of US dollars from investors, and then creates an equivalent number of tethers (the platform’s native currency) and gives those tethers to the depositor. These tokens are supposedly backed on a 1:1 basis, but without an audit, it is impossible to know whether the Tether platform has the $2.2B in reserves it claims to have.

So what promising solutions exist beyond Tether? Makerdao’s DAI is proving to be an exceptionally strong alternative and with some of the most mature cryptoeconomic and decentralized structures in place to ensure stability to $1.00 USD. The cryptocurrency maintained a variance of less than 2 percent during the recent January 2018 market downturn. While everything else was losing 30+ percent of its value, DAI leveled out at approximately $0.98. We won’t delve into how DAI maintains stability, but Gregory DiPrisco’s “Maker for Dummies: A Plain English Explanation of the Dai Stablecoin” does an incredible job of decomposing the Maker system.

With continued positive performance, DAI––which is an ERC20 token––could better enable DApps to provide a 1:1 USD pairing for mainstream consumers, making the use of cryptocurrency a backend, operational efficiency mechanism rather than a front-end UX nightmare.

Global smartphone penetration has increased steadily year-over-year since the introduction of smartphones to western markets. In fact, about 6 in 10 unbanked consumers in the U.S. have a smartphone. However, despite this increase in access, the use of mobile payments is significantly lower among the unbanked. According to research reports from Pew Charitable Trusts, approximately 39 percent of unbanked smartphone owners have never made a purchase, paid bills, or sent or received funds using mobile payments technology compared with 64 percent of banked smartphone owners. So why is it that unbanked consumers don’t take full advantage of all the features on their smartphones?

A major barrier to entry is the fact that unbanked consumers rely heavily on paper checks and cash for income and expenses, which have limited to no compatibility with mobile payment technologies. Despite the global smartphone penetration, the mobile payment industry is beholden to the constraints of unsustainable bank account expenses (i.e. “the cost of being banked”) and the bank-oriented methods of payment many of these consumers are familiar with. Only by making accounts more affordable and offering easy liquidity for the deposits of cash and paper checks can the mobile payments industry activate unbanked consumers.

A Future of Financial Self-Sovereignty

Establishing liquidity between the traditional banking system and DApps that leverage stable tokens is essential for mainstream adoption of blockchain-based payment technologies.

There exists a “mid-term future” for the prevalence of decentralized technologies where monopolies will play a role in supporting scalability. Blockchain technologists all hope for a universal, trustless environment where we can maximize the ability of under-resourced communities to participate in the global economy, but fierce user experience (UX) constraints must be adequately overcome for under resourced community stakeholders to be able to leverage the advantages of zed technology.

UX obstacles like the complexity of visualizing the use of cryptocurrency for the common consumer––even with something like DAI, which is approximately equal in value to the U.S. dollar––are massive cultural hurdles to mainstream adoption. If credible stable tokens can be backed by traditional banking institutions, so that it’s easy to redeem cash in the real-world and vice versa, the mobile payments industry can leverage a peer-to-peer banking economy where each individual has complete control of their assets in the palm of their hand. Of course, incumbents must be incentivized to provide such liquidity, or entrepreneurs must be clever enough to create ecosystems that can support it. Many banks are fighting to tokenize fiat currencies in an effort to gain the operational benefits of blockchain technology whilst maintaining complete control over the world’s money supply — a world that, ironically, reintroduces the issue of ‘double spending’ via fractional reserve banking. It is doubtful that the traditional banking system would readily empower unbanked communities to become financially self-sovereign.

But we have the technology now to achieve financial self-sovereignty. A decentralized, mobile payment system would ultimately eliminate overdraft fees, because over-drafting funds on the blockchain is impossible. The cost of maintaining a low balance would effectively be zero, and payment for services would be reconciled in an instant. With decentralized models, we can also layer financial products, such as loans, on top of a mobile-forward, self-banked system. We are on the cusp of a future in which we have complete control over our assets, a future in which the speed and cost of transacting is minimal, and in which the freedom and opportunities of true economic equality, and not just financial equality, are guaranteed for everyone.

Disclaimer: The views expressed by the author above do not necessarily represent the views of Consensys AG. ConsenSys is a decentralized community with ConsenSys Media being a platform for members to freely express their diverse ideas and perspectives. To learn more about ConsenSys and Ethereum, please visit our website.